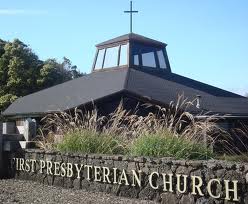 When I entered the sanctuary of the Fort Bragg First Presbyterian Church on a Sunday morning in the spring of 1993, Lutheran spirits from my childhood tapped me on the shoulder. As the service progressed, they whispered, “Remember this?”

I was both confounded and strangely comforted by my recollection of the old time hymns. Mostly, I was content to be sitting there—in a pew in church.

The sermon was delivered by Terry Cole, the minister for nearly three decades. His voice had the perfect mid-range and monotone pitch to give it a hypnotic quality. I cannot quote one word that he said, but his message allowed me to take deep, relaxing breaths. (As a working mother and wife, I was prone to shallow stress breathing which made my heart race and my hands tremble.)

My journey to the First Presbyterian Church was initiated by our son Harrison. He came home from school one day in his first grade year to announce that unless our family started going to church we would certainly go straight to hell.

Apparently, one of his little friends held revival meetings under the monkey bars at recess and riveted our son with descriptions of heathens burning for all eternity. Gary and I chuckled at the reports, but Harrison was genuinely concerned.

I offered to take him and his sister Laine to church, but would not agree to join the congregation of his classmate evangelist. After rounds of debate, he agreed to give the Presbyterian Church a try. (This was where our friend MW worshiped. The same MW who—we would later learn—puts her underpants into reusable shopping bags and takes them to The Purity).

That first Sunday, Gary waved as we backed out of the garage. Educated by Jesuits at Gonzaga University, he’s fairly confident that heaven and hell do not exist, and wasn’t interested in mingling with Presbyterians. (I suspect he mostly relished having the television to himself.)

I pulled into a parking space at the church and said, “Wow, look at all the cars.”

From the back seat, four-year old Laine began to cry. “But I want to go to church.”

I took Laine from her car seat and demanded that Harrison get out of the car. He refused.

I searched for a quick solution. “We’re going to be inside for about an hour so you’d better lock the door against strangers.”

This bad-mother scare tactic failed to move him.

I settled Laine in a pew next to MW and went back to the car. Harrison was curled up on the floor. The front passenger window was rolled down about an inch.

Harrison bought a lizard with his winnings.

I slipped my lips through the window opening and growled, “Get out of the car.”

“I’ll give you ten bucks to get out of this damned car.”

“And I can spend it on whatever I want.”

Fifteen minutes into the service, the children were excused to Sunday school. I had no idea that going to church would allow me to get rid of my kids for 45 minutes. It seemed I was the victor in the money-for-religion exchange.

That morning, Terry Cole’s sermon guided me from being agitated to calm. The feeling of relief was—I dare say—addicting.

I hadn’t planned on enjoying Sunday mornings at church. I’d planned on tolerating them for as long as it took Harrison to believe that his afterlife would not resemble the burning flesh experience of a summer visit to Fresno.

My church attendance went on for about five years—a good two years after the kids stopped going.

Sundays at the First Presbyterian Church in Fort Bragg became a haven in my busy life. I entered the sanctuary a mess of self-imposed torment and anxiety over not doing enough; not being enough. Terry Cole’s words untangled that mess, put me in sync with the universe, and allowed me to calm down.

This serenity usually evaporated by mid-afternoon. But the promise of another Terry Cole sermon altered the beat of my weekly routine and gave deeper meaning to the life I was barreling through.

In December 2000, Terry preached his last sermon. I had not attended church for a few years, but sat that morning in a crowded pew. I marveled at his ability to comfort his flock every Sunday for nearly 37 years. I was honored to be part of that flock.

Since that time, I occasionally ran into Terry in the early morning hours as I did my weekly grocery shopping and he darted into the store to buy a doughnut. I had not seen him for years when I learned that he passed away on July 10th.

I want to thank Terry for his soothing delivery, for his message that there’s something greater than us—he called it God—to carry our burdens. Thank you for bestowing peace upon me and assuring me that everything was—and always will be—okay. 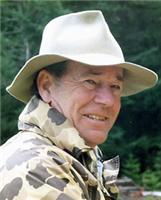