Recently, I stood in an exercise class next to a thirty-something-year old woman. While waiting for the instructor to arrive, we quipped about how even though the class kicked our butts, we kept coming back. Somehow the topic of age came up and I proclaimed that at the age of sixty-one I feel in the best shape of my life.

A look of horror melting into pity darkened her unwrinkled face. She took a step away. I believe she stopped breathing. I decided right then and there to out burpee her in the upcoming session. I did, too—even as stars flashed at the black edges of my peripheral vision and I felt dangerously close to a heart attack.

Driving home, still bitter about the young woman’s reaction to my age, I got to thinking how I wasn’t much different when I was young.

When I was four and my friend Mrs. Biklen told me she was forty-five, I couldn’t fathom such a number. I imagined it to be the infinity concept my first grade brother and his friends talked about. Twenty years later, she delighted in turning sixty-five because it made her eligible for Medicare. I wondered how anyone of such an advanced age could be the least bit happy. How could she possibly focus on anything besides looming death?

Now that I’m rotating towards Medicare eligibility and note the looks of revulsion when I confess my age to youngsters, I realize I’m only getting back what I once gave out. I still have a vague memory of what it was like to be young. While some things about growing older are downright ridiculous, many are beneficial. With this in mind, I’d like to send a few notes to my younger self.

You’ll wear shoes like this. The good news is that you’ll consider them stylish.

You’ll stop going out to parties at ten at night because you’ll be asleep. The good news is that you no longer have friends who stay awake past ten. 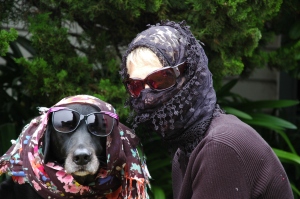 You’ll have a twenty-five-year window—from the ages of fifteen to forty—until you become invisible to the public eye. Before your feminine wiles and creamy good looks disappear, use them often to get your way. The good news is that once you’re invisible, you’ll realize your lifelong dream of becoming a ninja.

You’ll stop fighting your hair, cut it super short, get up each morning to run your man-comb through it, and let it have its way. The good news is that crappy hair or not, nobody notices you anyway.

You’ll take fewer things for granted—sleeping through the night, an iron-clad digestive system, and bladder control. The good news is that there are drugs to take care of all of this.

You’ll have kids who grow up and accuse you of needing hearing aids. You’ll accuse them of mumbling. The good news is that they no longer live with you so you don’t have to talk to them.

You’ll issue proclamations to fruit in the produce section of the grocery store. “If you think I’m going to pay a dollar for you, you’ve got another think coming.” The good news is that you’ll find the act of shaming produce highly satisfying.

You’ll consider housekeeping a task done only to impress company. The good news is you don’t have to be too thorough because you’ll have stopped associating with people who complain about leaving your house covered in dog and cat hair.

You’ll look back and see that you wasted far too much time worrying about the future—your health, financial security, whether you’ll have a date for the carnival. The good news is that everything works out just fine. 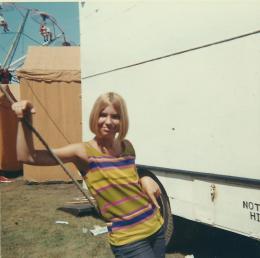 28 thoughts on “Notes to Younger Self”