When my friend MW made plans to retire in May, she started talking about a Bucket List. This talk accelerated over the summer to the point where she now has a Major Bucket List (MBL) and a Quirky Bucket List (QBL).

(I can’t help but wonder if taking fuchsia-colored panties in a reusable shopping bag to The Purity might have been on one of these lists.)

To give you an idea of the quality of her desires, her MBL includes the Cotati Accordion Festival.

In the past week, I was able to assist MW in knocking off two of her QBL items—a visit to the International Sea Glass Museum (on Saturday) and a night of Bingo at Portuguese Hall (on Tuesday).

Contrary to the impression given by the International Sea Glass Museum website, it is not a cornball dork-fest. It is a labor of love designed by owner Capt. Cass Forrington and a monument to treasures found at Glass Beach over a period of decades. 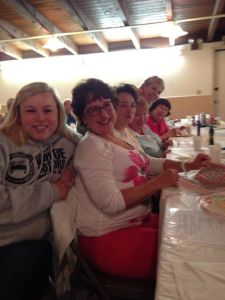 Joining MW and me on this adventure was her 88-year old mother Doris, and friends Charlie, Kathleen, Kathleen’s daughter Christina, and Carrie. 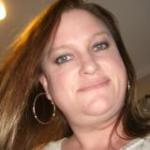 I must give special thanks to Carrie. She arrived early and saved a row of seats. When I entered the hall holding a 20-dollar bill and a glazed expression, she took the money out of my hand, bought a stack of Bingo cards, and handed me the change.

The hall was set up in rows, which didn’t allow for much jabber among friends. The Bingo crowd seemed familiar with one another, which made the atmosphere akin to spending a quiet evening at home. The four women who ran the event helped make our group of newbies feel welcome.

The games were scheduled to begin at 7:00, and Carrie said they usually went until 9:30. Some of us weren’t sure we could manage to stay alert for that long. As it turned out, time clipped by and before we knew it, we were surprised by a half-time snack break which included sandwiches, chips, ice cream and coffee. The second half of the evening went by as swiftly as the first.

Carrie brought extra daubers to share with the group. She sat next to me and patiently explained how to play each game. Toward the end of the evening, she occasionally hit my dauber with hers to keep me awake.

I wish I could say I was happy when people yelled Bingo! and won a jackpot, but I was not. I was genuinely bitter. (Hey—you go to Bingo and spend $15 and tell me you don’t want to win big money and don’t resent those who do.)

I now have to add “Develop good Bingo sportsmanship” to my self-improvement list. 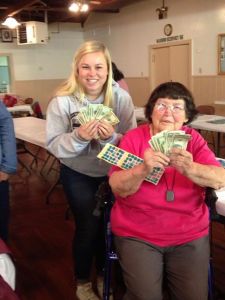 I wasn’t bitter the entire night. Two winners who incited happiness were part of our group—the fiercely competitive 88-year old Doris won two rounds worth $48 each, and 21-year old Christina won the final blackout of $103.

Each time a member of our group won, we whooped and clapped. The regulars looked on with pity. We obviously did not know how to comport ourselves at Bingo.

I did manage to win a drawing and receive a coupon good for $10 off a buy-in for the next time I go to Bingo. (A buy-in is when you give Carrie $20, let her negotiate your stack of Bingo paperwork and give you $5 change.)

I haven’t asked MW what exploits remain on her QBL, but if the experiences that await are anything as fascinating as the International Sea Glass Museum and as fun as Bingo Night at Portuguese Hall, I hope she invites me to tag along.