Roundman’s Smoke House (motto: “We’ll Smoke Anything”) is the highlight of my weekly shopping routine. The aroma of wood smoke evokes the feel of autumn when fallen tree branches and leaves are raked into piles and reduced to ash before the winter rains. The store is packed with an array of smoked meats, cheeses, all-natural meats, and best of all, their fabulous bacon. (When my son left for college 12 years ago, he claimed the only thing he’d miss about Fort Bragg was Roundman’s bacon.) The employees are friendly, helpful and have great senses of humor. I always enter and leave the shop with a smile.

Roundman’s has been part of Stevie’s life since her father Steve Scudder became co-owner with Steve Rasmussen in 1995. It employed her during high school, college, and in lean times during her film production and massage therapy careers.

Stevie has lived in Portland, San Francisco, and Vermont. The bonds of family, friends, and the beauty of the Mendocino Coast (along with the family business) have brought her home time and time again.

She was raised on a “commune” in Albion—a collection of her dad and his friends who bought land in the seventies and built houses where they still live nearly forty years later. Throughout her childhood, her parents said, “You can do anything you want, you just gotta do it.”

She worked hard in school and earned a scholarship to Pacific University outside of Portland, Oregon. “It was just far enough away that my parents couldn’t pop in for a weekend visit.” She laughs.

Her dream to become a doctor was squelched when she struggled through organic chemistry and calculus. “In my senior year in high school, I was told I had dyslexia. It’s no wonder I had problems with those courses.” She discovered a love of photography and film. A professor convinced her to major in film production.

With her lovable three-legged dog Sailor.

“After graduation in 2001, I worked as a film editor in Portland for six months before moving to the Bay Area.” She worked for post-production houses in San Francisco before landing a job in the equipment department at the Academy of Arts College. “One of the perks of that job was free use of the film equipment. I worked with others to make short, silly pieces and low budget features. It was a great time, but eventually the combination of the job, film making and the go-go-go of city life stressed me out. I was raised to be more chill. After seven years, I knew it wasn’t for me in the long term, forever way of thinking.

“I did a one-eighty and enrolled in massage therapy school. When I was a kid, I don’t remember going to a doctor very often. Instead, my parents took me to Faith Graham, a gifted, spiritual massage therapist. She was my inspiration.”

Stevie returned to the Mendocino Coast in 2007, worked a bit with Faith and at Roundman’s while building her own massage practice. 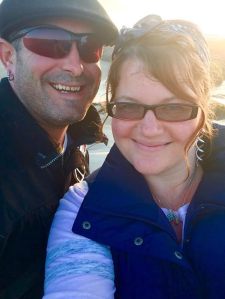 A few years later, she met boyfriend James Todd. “He was born in Mendocino on July 4, 1979. Many people remember the date because it was the only year his parents weren’t at the parade.” When he was two, his family moved to Vermont.

“A friend from high school Josh Tsujimara moved to Vermont and happened to meet James. In 2009, James decided to explore his birthplace (he had not been back since he was a toddler). James wandered into the Tip Top and there was Josh working as a bartender.” A short time later, Josh introduced Stevie to James.

By 2011, James missed his hometown of Middlebury, Vermont, and Stevie agreed to move. “The small town feel is similar to here, but there’s no ocean and the weather can be harsh.” She worked as a massage therapist and an assistant manager at a natural food co-op. “The cost of living was high, but the wages were low. We both had to work two jobs to make ends meet. In August 2014, the family business called us home. After 20 years, Ma was retiring and it was time to come back.

“It was an adjustment. I wondered: What am I doing here? What’s my role? Everyone fully embraced us. I realized how much a part of me this business is—it’s truly my family.”

Her dad still works 12-hour days, James is a butcher, and two friends from Vermont were recently hired. “Roundman’s has an amazing crew, provides a livable wage, and treats everyone like family. We’ve grown from four employees to seventeen. We encourage everyone to create their own flavors—like Jasper’s Famous Bacon Sticks and Jessie’s Famous Corned Beef Bangers—and continue to learn about flavor profiles from our younger employees.”

What Stevie loves most about her job is working with her dad Steve. “He’s the best man I know. He and Steve Rasmussen found this little gem at the right time in their lives and at the right time for the coast. They’ve created an environment where everyone supports each other and plays on their strengths.”

What she likes least: “Meat is a male dominated business. I sometimes feel a lack of respect from customers who insist on getting their questions answered by one of the guys. I know as much as the guys about most things meat. When I don’t, I ask.”

As the Owner In Training (or OIT as Steve Rasmussen calls her), Stevie carries a lot of responsibility for running the business and has a hard time turning her brain off. A year after her return, she started dabbling in massage again, mostly with friends and family, on a very part-time basis. “I realized how much I missed it. Body work allows me to do something I love while helping people. I feel the same way about bacon.” She laughs.

Stevie imagines a bright future as co-owner of Roundman’s. “The coast has grown and there are a lot of people I don’t know, but nothing compares to waking up to the beauty of our surroundings. I hope the area doesn’t grow too big, that we stay rooted in the small town feel, to honor the way of life that brought a lot of us back.”

Stevie is happy to have returned to the loving arms of family, friends, coworkers, supportive customers, and fellow business owners. She envisions continuing to sign her Roundman’s emails for years to come: “Stevie and the Steves.”

Purious is the feeling you get when you wake up and wonder what treasures you might discover at The Purity today. Purious will send you to the store to wander up and down the aisles where you’ll find such amazing things as:

Nearly any type of flour you can imagine. 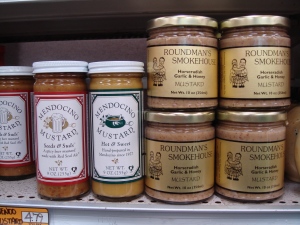 Locally-produced mustard. (If I didn’t write this blog, I’d write one called I Love the Roundman.)

And what’s this? Gluten free hoodie-doodies!

Specialty dog food. (Lucy-puppy won’t eat this because her name’s not Spot and it’s not made of fuchsia bush branches, dirt and cat poop.) 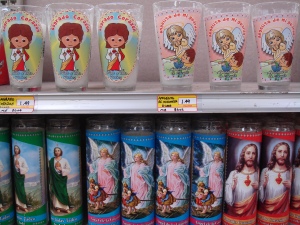 Taaka Vodka that also comes in what Marcia (the one who works at The Purity, not my friend MW) calls “The Lover’s Size.”

And there’s more. Much, much more. But I’m going to withhold showing you because I want to inspire your puriousness so you’ll take time to wander around The Purity and discover for yourself.