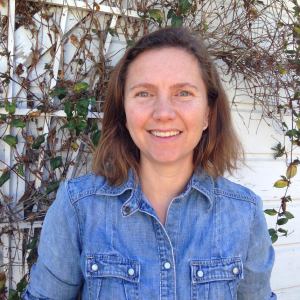 When Heidi left the Mendocino Coast for Texas A&M University in 1996, she envisioned becoming a cowgirl on the open range. Her qualifications included having been a 4H kid most of her life, owning a pair of cowgirl boots, and plans to major in agriculture and political science. It didn’t take her long to realize she was more interested in politics than agriculture. She kept the boots and began stumping for political campaigns. She had no idea that one day she’d return to the place of her birth and run her own campaign.

After college, Heidi stayed in Texas and sold real estate for a couple of years. “During that time, I realized College Station was a great place to be a student, but I no longer fit into that category.” In 2003, she moved back to her parents’ home in Caspar to regroup and figure out what to do with her life.

She worked for Sallie Mac and Frankie’s and took art classes at College of the Redwoods. In one of those classes, she met her future husband Todd Sorenson. “He’d graduated from the [College of the Redwoods] woodworking program in 2002 and was asked to return for a semester to teach a class.” They started dating and talked about moving out of the area. “We were never ready to go at the same time. When I was ready, he was involved in something he didn’t want to leave and vice versa.” 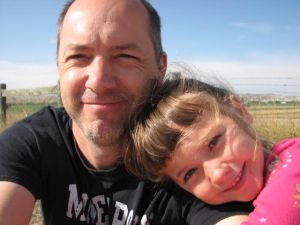 In 2008, they decided to stay and bought a house in Fort Bragg. “Every other year we do something exciting,” Heidi said with a laugh. In 2010, daughter Sadie was born. They married in 2012, and two years later had daughter Mara. This summer, Todd was appointed shop manager of the woodworking school.

Eight years ago, Heidi was hired to manage the Hospice Thrift Store. “I was given the keys to the small a-frame building across from the Botanical Gardens, many bags of clothes, and told to open the store. Thankfully I had a lot of great volunteers who helped.” In 2011, the store relocated to an expansive, bright space in the Boatyard Shopping Center.

“I was pleased by the strong community that formed among the volunteers—most of whom are in their seventies and eighties. Some people work as many hours as I do and others once or twice a week. They’re such an inspiration—living to the fullest every day and giving to others.” 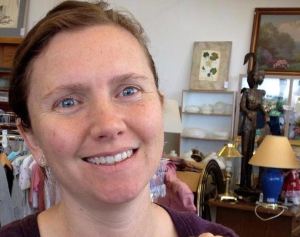 Heidi strives to discover each volunteer’s passion. “Someone pointed out that our vinyl records weren’t marked with prices. I said, ‘Congratulations, you’re the captain of the Vinyl Department!’ Another said our picture frames were stacking up and looked disorganized. ‘Congratulations, you’re the captain of the Frame Department!’”

In 2013, Heidi ran for and won a seat on the Fort Bragg City Council, serving out the year and a half term vacated by Dan Gjerde. “It took a lot of time away from my family and my job, but it was exciting and important work.” She often took her young daughter Sadie to committee meetings. “One day Sadie placed stuffed animals around a little table in our living room. I asked if she was having a tea party. She said, ‘No, we’re having a meeting!’ I’ve either ruined her or set her up for something great.”

While serving on the council, Heidi witnessed Fort Bragg citizens become increasingly involved in expressing their opinions. “It’s so exciting to see a full house at meetings. People usually attend because they’re stirred up and afraid. They want to say no to a particular issue and that’s important. But it’s also important for people to attend when they want to say yes, they think something is a good idea.”

In 2014, Heidi ran for a second term on the council, but was defeated. She was appointed to the Planning Commission in 2015 and served until January 2017. “A recent example of citizens saying ‘yes’ was when the proposed business Overtime Brewing was on the agenda. Dozens of supporters packed the room and made the commission’s job of approving it easier. It’s vital for public officials to hear the opinions of citizens.”

Heidi acknowledges that the transition to a tourist-based economy has been difficult for those whose lives were affected from the mill closure and decline in fishing. “We’ve gone from being a company town that assured fulltime jobs to a place where fulltime work sometimes has to be pieced together. People make it work, but it’s hard.

“Many people in Fort Bragg are dedicated to building a community to attract visitors who will spend money. The more we improve what our city has to offer, the greater chance we have of growing businesses to employ people and allow them to live here.”

Prime examples of these improvement efforts are the coastal trails that have been a huge hit with locals and tourists. “The Noyo Center for Marine Science is just getting started and doing amazing things. It will eventually attract links to universities. The North Coast Brewing Company has grown to where it’s bursting at the seams and they’re urging people to apply for jobs. Overtime Brewing is in the works, owned by people who grew up here.”

When Heidi returned to the coast in 2003, she was plagued by the mindset suffered by many in her situation—to come back means you’re a failure. “It took me a few years to realize it’s a good thing to come from a small town, a real accomplishment.

“There’s a perception that young people can’t make it here. That’s not true. There’s a great energy going on right now. In the past five years, I’ve seen a number of people return to buy beloved businesses to keep them intact. They’re buying houses and starting families. We’re living in one of the most exciting times I’ve ever seen in Fort Bragg.” 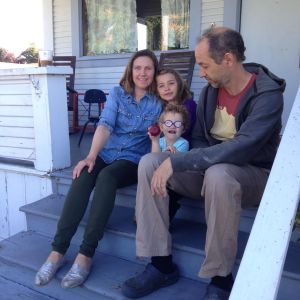 Heidi is a true gem. I could have talked with her for hours. However, I realize that no interview with a former public official is complete without asking some hard-hitting questions.

How do you explain the rumor that you don’t cook and subsist on a diet of candy bars?

“I do love to cook—and even started eating vegetables a little bit. There were a few years though, in college, when I might have eaten Hershey bars and peanut butter for one or two meals a day. The peanut butter is very nutritious. The fun size Hershey bars can be used to scoop the peanut butter right out of the jar, so there are no spoons or dishes to wash. This saves both time and water.”

Do you still have your cowgirl boots?

“I think the ones I had in high school are gone, but I have a nice pair handed down from a friend that I sometimes wear when neither sneakers nor high heels fit the outfit/occasion.”

And what occasion might that be—running for a seat on the city council?

Dang! I can’t reveal the answer (unless enticed with large sums of money).

For now Heidi is content to serve on the board of the Mendocino Coast District Hospital Foundation and happy to be raising two young community members who may have future leadership plans of their own. 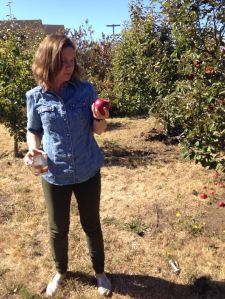 Inspecting the bounty on her micro farm.