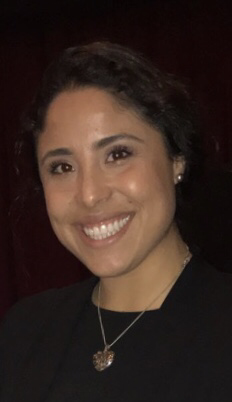 Karina loved growing up in Fort Bragg and, unlike many of her contemporaries, never longed to escape. “People here are good to each other. The setting is amazing.”

The second oldest of 16 grandchildren of her mother’s side, Karina was also the second in her family to go to college. “I chose Saint Mary’s in Moraga because they offered a good financial aid package, and my second cousin Mimi was going there.”

Karina has a passion for language and chose to major in Spanish. She took a second major in International Area Studies where she focused on Latin America. She also minored in Italian.

“My first language was Spanish, but my parents stressed literacy in both Spanish and English. I love studying language.” She spent the second semester of her sophomore year in Cuernavaca, Mexico. “I took classes in Spanish and the history of Mexico.” Growing up, she spent a lot of time in Mexico with her family. Her experience as a college student allowed her to delve more deeply into the culture.

The second semester of her junior year, she was able to study in Rome. “I lived in an apartment along the Vatican Wall,” she said with a smile. 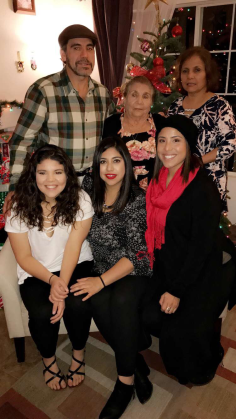 After college, she moved home to Fort Bragg in 2012 to regroup and figure out her next move. She was 22. “I picked up some shifts at Los Gallitos, worked for Carol Millsap for a year, and took on overnight shifts for Andersson Caregiving, caring for elderly and terminally ill people. This was one of the most significant jobs I ever had, getting to care for people in that way. Each experience taught me something and made me a better person. It reminded me we’re all going to grow old and die. It caused me to be less self-centered.”

Karina also became and remains a volunteer after-hours crisis counselor for Project Sanctuary. “I’ve been blessed with an amazing family and this has given me a different perspective on the human experience. It allows me to step into the shoes of another whose life is in chaos because of sexual assault or being controlled by another person.” Project Sanctuary eventually hired her as a part time bilingual advocate.

In February 2013, she was returning from spending the day in Santa Rosa. “It was ten o’clock at night and I hit a patch of black ice. My car flew off the road, rolled 300 feet down a hill and landed on the roof. I had a gash in my leg and a head wound. I was able to get out and crawl up to the road. Eventually a man in a pickup, returning to Fort Bragg with his young son, stopped and helped me.”

She’s grateful to have survived the ordeal. “The accident made me realize how our lives can change or end in an instant. I used to think I had to stick to a timeline in terms of academic and life goals. I had hoped to be home for a short while, return to the Bay Area, and try to get into grad school. I realized it’s okay for plans to be out of order as long as I’m moving forward and doing things that help me grow.”

When her friend Katrina Caukwell suggested they take a trip to Asia that summer, Karina to readily agreed. Since her time in Italy, she hadn’t done any traveling. “It was a perfect time in my life to spend nearly two months in a faraway place completely out of my comfort zone. It was another amazing look at how people in other countries live.” 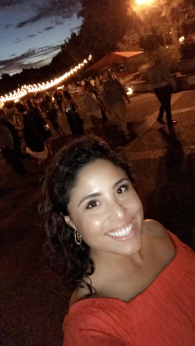 She returned in the fall of 2013 to take a full time position at Project Sanctuary as a client advocate and counselor. When the organization received a sexual assault prevention grant, Karina was hired to conduct community outreach with other agencies—Safe Passage, the Children’s Fund, Gang Awareness and Prevention. “We disseminated information about healthy relationships, especially among teens. I provided in-service to groups like the Catholic church’s youth groups and held lunchtime meetings at the middle school and high school. At Fort Bragg High School, I organized the Youth Leadership Team, a group focused on teen education and awareness, which still exists today.”

Katrina also helped develop the Latino Coalition, an organization that provides a community forum for Spanish speakers. “Our goal is to empower and educate the Latino community and share our beautiful culture with the rest of our community. The Jewish community has guided us in organizing. We eventually want to become a service club. As of now our fundraising efforts support five to seven college scholarships for Hispanics each year.”

In 2016, Katrina was encouraged to apply to establish and teach Spanish and World Culture classes that would be offered at the middle school that fall. She was excited to get the job, but overwhelmed with the idea of creating a curriculum. Her mentor and friend Gail Porcelan came to her rescue. “Gail was my middle school history teacher and my parents’ ESL teacher. She basically handed me everything I needed from materials she’d used over the past 20 years.”

Her first year entailed teaching a World Culture and Language class to sixth graders and a couple of Spanish classes to seventh graders. “This year, I had to add a second level Spanish class for the eighth graders. It’s the equivalent of high school Spanish I.” She teaches separate Spanish classes for native speakers. If all that isn’t enough, she also teaches a seventh grade AVID (Advancement Via Individual Determination) class on critical thinking and study skills.

“My first year, I felt like a blind person, feeling my way around. Thankfully everyone was very supportive. This second year I’m more relaxed and the experience is more rewarding. I love that I get to be silly with the kids—they keep me young. I also love that I can be creative  and make engaging lessons. ”

Karina continues her involvement with the Latino Coalition and is also a Partnership Scholars mentor. “I’ve been matched with three girls since they were in seventh grade. They’re sophomores in high school now. I offer them enrichment experiences by taking them on trips. Last year, we went to New York City.”

She attributes her drive and ambition to her upbringing. “My parents instilled in me the sense of doing my best. My dad reminds us that anyone can be average and we should never be content with being mediocre. I was raised to be an optimist who finds beauty and value in every experience.”

Karina has recently been given the opportunity to expand her skill set and gain further education. Unfortunately for us, this means leaving the area. “This summer, I’ll wrap up my Master’s in Spanish at Sonoma State. My alma mater Saint Mary’s granted me a scholarship to get my teaching credential and I’ll start that in the fall. I’ll also teach Spanish at Saint Mary’s College High School in Berkeley.”

She hopes to one day return to Fort Bragg. “That’s the beauty of home—it will always be here and there will always be something for me to help out with. Ideally, I see myself teaching but we shall see where the road leads.” 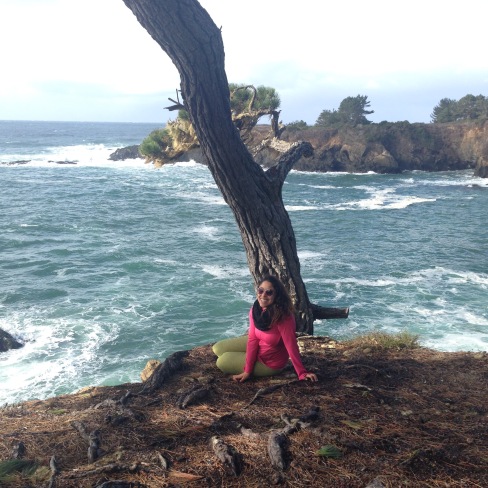