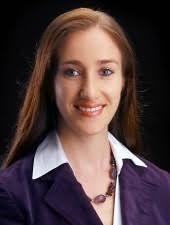 I sat down with Justine Lemos, owner of at One yOga, intending to talk about how she returned home to open a sweet little yoga studio in Fort Bragg. I quickly learned that the studio is merely one of her many pursuits. As she described her involvement in academia, classical Indian dance, and explained such exotic terms as Ayurveda and Jyotish, I found myself mesmerized by her intelligence and drive.

Twenty-one years ago, this fifth-generation Mendocino native ventured into the world to garner a wealth of knowledge. Eventually, a twist of fate brought her home to share what she’d learned.

Justine was Valedictorian of her 1995 class. Along the way, she became an accomplished ballet artist, which led to a curiosity about the relationship between dance and ritual. She found Hampshire College in Amherst, Massachusetts to be a place that would nurture this study.

“Hampshire College allows students to create their own majors, more along the lines of a graduate program. I met my Indian classical dance Guru Ranjanaa Devi there and continue to work with her.”

During her first year of college, Justine met future husband Grady Gauthier. After graduating in 1999, they stayed in Amherst and she worked at the Asian Art and Culture Program at the University of Massachusetts. Two years later, no longer able to tolerate the harsh winters and feeling the need for more education, she was accepted into a Master’s program in Dance Studies at Mills College in Oakland.

Justine was awarded a prestigious Fulbright Scholarship in 2003 which allowed her and Grady to live in India for 10 months while she researched ancient forms of Indian dance. “We lived in remote village in the southwestern part of the country. In order to buy anything refrigerated, we had to travel an hour and a half by local bus.”

Despite the hardships, they loved it. “Grady met a young man who wanted to learn English. In India, children either go to English school or local language school. The former get white collar jobs, the latter blue collar jobs. As a result of Grady’s teaching, Shaheem established the ‘Speak Up Speak Out Academy of English’ and has become very successful.”

After the Fulbright ended, Justine entered the doctoral program in Cultural Anthropology at UC Riverside, and Grady started law school at Whittier College. Her focus was Dance Ethnography, specifically with an emphasis on embodiment in South Asian dance. In 2008, an Institute of India Studies grant paid for both of them to live in India for a year while Justine did research for her dissertation. They returned to Southern California in 2009. She started writing her dissertation and Grady began his last year of law school. During that time, she became pregnant.

“I gave birth to our son Ravel two weeks after I passed my oral exams. Grady had one more year of law school. When Ravel was two weeks old, I strapped him on me and stood in the front of a lecture hall filled with undergraduate students. I taught Introduction to Cultural Anthropology, and World Dance and Cultures.”

Grady worked as a paralegal. When he finished law school and passed the bar, he couldn’t find a job. “This was in 2010, during the economic fallout. No firms were hiring. I had a baby and couldn’t go back on the fulltime job market. I suggested we move to Mendocino temporarily. We could rent a small house on my parents’ property and aggressively apply for jobs.”

Justine taught online classes—Cultural Anthropology, World Dance, Linguistic Anthropology, Anthropology of Art—through colleges in Southern California. She often worked on her laptop at The Company Store. When the flower shop in the building went of business, she thought, “That should be a yoga studio.”

In 2011, with a modest loan from her parents, Justine opened at One yOga. “In yogic subtle anatomy there are two main energy channels termed the ida and pingala—or ‘ha’ and ‘tha’—which are represented by the sun and the moon. We decided to use the two big Os to reflect this yogic principle.”

Grady started an immigration law practice in the back of the yoga studio. “I spent two years working all the time, with very small classes, before the business took off. Today, about 200 students a week pass through the studio. Grady’s business grew to the point where he needed a bigger office, which he found behind Taka’s Grill on Main Street. He’s the only immigration lawyer in Mendocino, Humboldt and Lake Counties.”

The growth of at One yOga allowed Justine to hire instructors to offer more classes. She’s been able to branch out into areas of related interest, such as Ayurveda and Jyotish, private yoga classes, and heart-based meditation. She continues to teach Cultural Anthropology online and write articles in academic journals.

Justine has mixed feelings about being back home. “I was gone for fifteen years and never thought I’d return. But I compared everywhere I lived to here and those places always came up short.” She feels limited career-wise, but grateful to be able to raise her son near her parents. “I had a special relationship with my grandparents, and I’m happy Ravel is having the same experience.”

Justine does, of course, see changes to the Mendocino community. “When I grew up, I knew nearly every person in town. It’s now less a town and more a tourist destination. The people who bought my grandparent’s house live elsewhere and use it as a vacation home.”

On the other hand, Justine sees Fort Bragg at an exciting juncture. “There’s a lot of socioeconomic friction going on. The town doesn’t know what it wants to be. Mendocino is set—it’s a tourist town. What is Fort Bragg? Will we turn it over to corporations or will it be like Healdsburg and Sebastopol, which celebrate local businesses?”

Justine’s business is not tourist dependent. “I found something that fits a local need. I’ve created a community of students who love me and I love them.”

For more information on Justine, visit these websites: 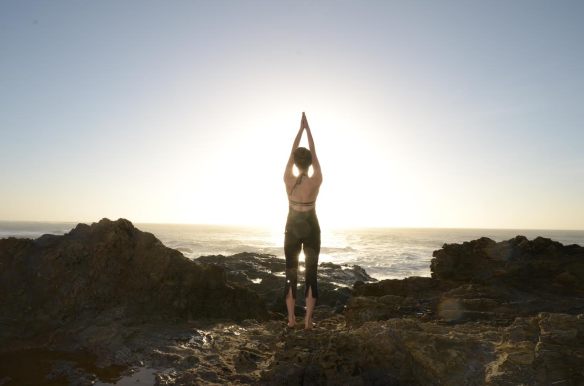